Always a popular concert, Beethoven’s 9th Symphony is sure to be a crowd favorite, according to Great Lakes Chamber Orchestra Music Director Libor Ondras.

According to Ondras, the famous pianissimo opening — 16 measures with no secure sense of key or rhythm – does not so much depict the journey from darkness to light, or from chaos to order, as the birth of sound itself.

“There’s something astonishing about a deaf composer choosing to open a symphony with music that reveals, like no other music before it, the very essence of sound emerging from silence,” Ondras explained. “This symphony shows Beethoven using all the subtlety and mastery of his craft, a breakthrough work— music’s first crossover composition. It’s also likely that in the text he picked for the symphony’s finale— Schiller’s hymn to universal brotherhood—Beethoven found the sense of community he craved as a comfort against personal loss and loneliness.”

According to Ondras, Beethoven’s grandest symphony and most influential composition was premiered in the concert on May 7, 1824. By 1824, Beethoven was almost completely deaf. He had long given up performing on piano in public, withdrawing completely from social life of Viennese society. When, in one of the most famous accounts in all music, the audience burst into applause (some say it was at the end of the scherzo; others at the end of the symphony) Beethoven couldn’t hear the ovation. He stood, his back to the crowd, leafing through his score. Only when the contralto soloist, Carolyn Unger, tapped him on the shoulder and turned him around did he see his public applauding wildly.

The work surpassed everything Beethoven already accomplished in the field of the symphony. With his 9th he was determined to move mankind as never before. For several years after Beethoven’s death, his 9th Symphony was considered too difficult to perform. It was not established in the repertory until the middle of the 19th century, and from then on, Beethoven’s Ninth Symphony has maintained its singular status as a cultural symbol of unsurpassed importance. 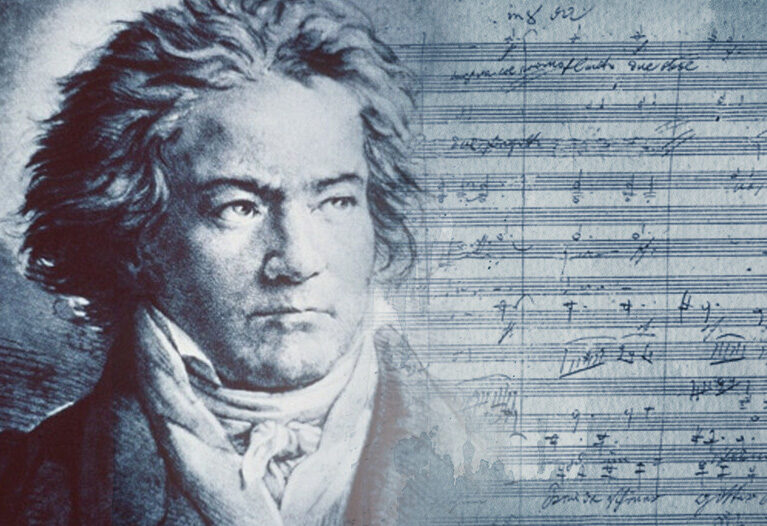