« Back to Our Chorus 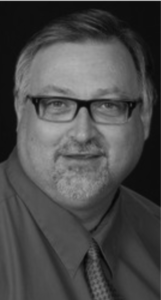 Born in South Africa, ANDRÉ STRYDOM received his first piano and clarinet lessons at an early age.  While still in high school, he began organ, composition and vocal studies.

Completing his High School and University careers in Johannesburg, André was on the fulltime medical staff of the Johannesburg General Hospital’s Department of Cardiology from 1985 until 1991, leaving medicine to pursue a career in music.  Having received his Licentiate Diploma (LTCL) in piano teaching from Trinity College of Music (U.K.), André came to the United States in 1992 to pursue a Masters degree in orchestral conducting and organ performance at the University of Cincinnati’s College-Conservatory of Music.  His teachers here included Maestro Gerhard Samuel (who studied with Serge Koussevitzky and Paul Hindemith, and who was also assistant to Antal Dorati and Zubin Mehta), and Dr. David Mulbury (organ).  Other teachers included Allen Sapp (a student of Nadia Boulanger and Aaron Copland) for counterpoint and composition.  His studies at the University of Cincinnati were interrupted for a few years due to a concert career, but André eventually graduated with the Master of Music degree from the University of Central Arkansas.

In 1982, André founded the Johannesburg Chamber Choir and Orchestra with whom he conducted a number of very successful and acclaimed performances for the next ten years!  As an orchestral conductor, he has directed performances that cover a wide range of music in the symphonic repertoire.   Together with the renowned Cincinnati Philharmonia Orchestra and Gerhard Samuel, André participated in the world premiere recordings of Charles Ives’ “Universe Symphony” and Franz Schubert’s recently rediscovered opera, Der Graf von Gleichen (both on the Centaur label), and also conducted this orchestra in a number of other works in the standard orchestral repertoire, including ballet and opera.   Together with the Cincinnati Contemporary Music Ensemble, he conducted the American premiere of Jeanne Zaidel-Rudolph’s “Masada” for bassoon and strings, a performance that has since been released on a compact disc entitled “Music of the Spheres” (Claremont).

As a pianist and organist, André has played recitals and performed as an orchestral soloist on occasion, as well as accompanist to singers and instrumentalists.  In March 1993, together with South African violist, Elizabeth Rennie, André made his New York City debut as a pianist in a recital of works by South African composers.  It was on this occasion that he and Ms. Rennie played the world premiere of the late Arthur Wegelin’s Viola Sonata, a work that the composer subsequently dedicated to them.

Pursuing a career as a conductor and church musician, André was selected to participate in the 1998 Karelia International Conducting Master Class in St. Petersburg and Petrozavodsk, Russia.   This led to him returning to Russia every summer for the next three years to continue conducting studies with Professor Ilya Aleksandrovich Musin at the St. Petersburg Conservatory, teacher of such notable contemporary conductors as Valery Gerghiev and Yuri Temirkhanov.  In May 1999, André returned to Russia where he guest conducted the Yaroslavl and Sochi Symphony Orchestras in music by Mozart, Gustav Mahler, Richard Wagner, and Richard Strauss, and continued to work with Professor Musin at the St. Petersburg Conservatory of Music until shortly before Musin’s death.

Having held a number of church appointments, in October 2002 André was appointed the Minister of Music and Principal Organist at the First Presbyterian Church of Pine Bluff, Arkansas, where he directed a large and diverse music program that involved around 120 people each week!   He also served as the Director of the church’s Music and Arts Institute, as well as Artistic Director of the First Presbyterian Concert Series.

In June 2007, André was made a member of the National Scholars Honor Society.

In May 2008 he conducted members of the Arkansas and Pine Bluff Symphony Orchestras in a program of music by Steven Amundson, Robert Hanson, Daniel Kallman, Mendelssohn, and Vaughan Williams in celebration of the First Presbyterian Church of Pine Bluff’s 150th anniversary.  For the same occasion, André conducted the world premiere of a commissioned choral work, “Great Is the Lord,” by British composer Paul Leddington Wright.

From September 2007 until May 2013, André was on the faculty of the Music Department at the University of Arkansas at Pine Bluff where  he  taught  Music  History  &  Appreciation,  secondary  piano  classes  (beginner  through  advanced),  administered  the  piano proficiency exam, and served as accompanist for the Vesper Choir and recitals given by students and faculty.  During this time he was also Principal Pianist with the Pine Bluff Symphony Orchestra.

In June 2013, André moved to northwest Arkansas to begin a new appointment as Director of Music and Organist at the First Presbyterian Church of Bentonville, Arkansas, where, in addition to his other duties and responsibilities, he established the church’s Music and Arts Academy in June 2014, and regularly performed as Principal Pianist with the Symphony Orchestra of Northwest Arkansas.

In October 2018, André accepted the call to become Organist and Director of Music Ministries at Emmanuel Episcopal Church in Petoskey, Michigan. And in February 2020 he accepted the role as Chorus Master for Great Lakes Chamber Orchestra Chorus.