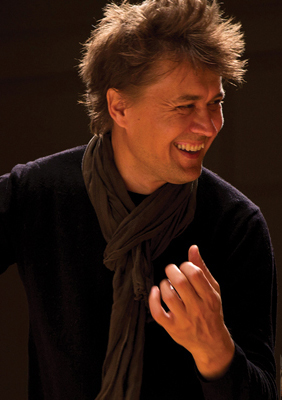 DR. LIBOR ONDRAS
Dr. Libor Ondras is a conductor, viola recitalist, and educator. He began his studies as a recipient of the Slovak Ministry of Culture fellowship to study viola at the prestigious Moscow Conservatory with Yuri Bashmet.

To further his career and experience, he continued his studies at the Academy of Music Arts in Prague and completed his D.M.A. at the University of Houston. Ondras has performed with major orchestras in Europe and the United States, including Houston Symphony, Utah Symphony, Florida Orchestra, and Vienna Philharmonics. He was a fellow at the Aspen Music Festival and Pacific Music Festival; lecturer and guest soloist at the International Viola D’Amore Society Congresses in Germany and Poland; American Viola Society; and Carnegie Hall Project with George Solti. His research and scholarly writings were published in the Journal of American Viola Society. His passion for chamber music inspired him to establish the Hummel Trio and Quartet de Minaret which performed at the Sarasota Music Festival and was an ensemble-in-residence at the Haydn Festspiele in Austria.

Dr. Ondras is a frequent chamber music coach of the winning ensembles at the Michigan Chapter of the American String Teachers Association (MASTA), and lecturer at CMU, GVSU, Notre Dame University. He is the Music Director of the Great Lakes Chamber Orchestra and Kent Philharmonic Orchestra; guest conductor for the Slovak State Opera; string faculty and artist-in-residence at the Bay View Music Festival; and Director of Orchestras and professor at the Grand Rapids Community College. His creative programming and concert activities with the GLCO warranted an invitation from the League of American Orchestras to present a concert at the 2021 National Conference, emceed by Wynton Marsalis. His recent projects include a research project at the Belle Violinmaking School in Bilbao, Spain; visiting artist at the Royal Conservatory of Scotland; and a solo performance with the Northwest Sinfonietta in Washington.